The three images show simulations with various properties, placed in coloured scene in order to exhibit colour influences. From left to right, a pure absorbing media, where no energy leaves the cloud and the incoming light is transformed into heat.

A purely diffusing media, no absorption. All the incoming energy is scattered through the media and outside. 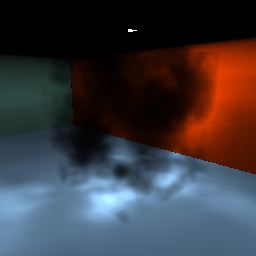 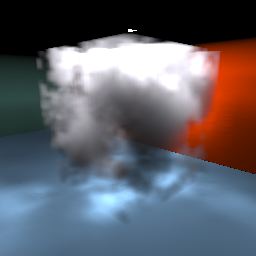 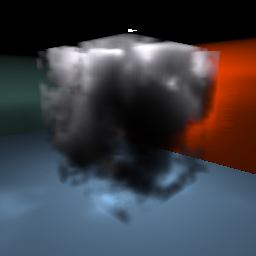 These researches (1994) were about mirages and visual turbulences observed when the air refraction index is varying. Jos Stam had devised at that time an algorithm to render fumes and fire. During my post-doctoral fellowship (INRIA grant) at the DGP (Dynamic Graphic Project) at the University of Toronto (Ca), during a discussion, Jos and I came up with the idea that non-constant media effect could be added to his algorithm. The effect was the first to consider the 3D data of the air refraction index with coherency in 3D.

The image under shows a hot sausage. 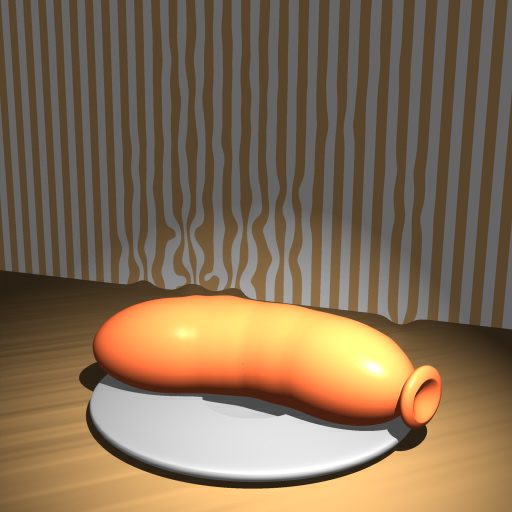