In 2000, methods for designing computer-generated image films presented a certain paradox because they involve tools with complex mathematical bases (perspective projection, 3D interpolation curves, complex camera models, movement modelling) and should nevertheless be able to be used by non-specialists (artists). The constraint-driven approach we propose is the opposite of current methods that force the user to build the camera movement step by step. Moreover, it seems natural that the evolution of modelers is accompanied by the considering of an increasingly important part of the basic mechanisms associated with cinematographic design (notions of panning, traveling, rules of composition, etc. .).

We can model naturally these notions as constraint systems. The main problems related to solving constraints for the computation of solutions representing camera movements concern the inherent difficulty of the type of constraints to be solved (non–linearity, continuous domains, trigonometric functions, high-dimensional search space), the dimension temporal (introduction of universally quantified constraints) and the selection of a relevant subset of representative solutions. A static approach using interval arithmetic and evaluation-subdivision A first static view placement approach (static object and camera) made it possible relatively quickly to show the feasibility of the solver. We transform perspective projection formulas using interval functions (see Moore). We then evaluate the search space (3D position and 3D orientation), by applying the projection function (extended to the intervals) which gives an answer in a three-valued domain: true, false, true-false. In the last case, we subdivide the space, evaluate and start again recursively. We got an inner approximation of the solution set, which can then be explored. 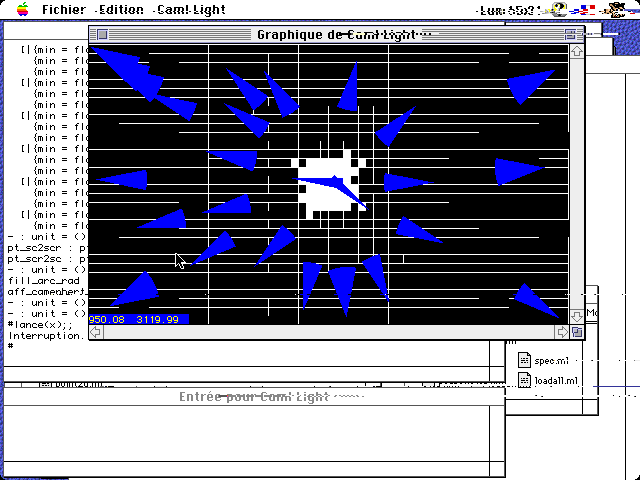 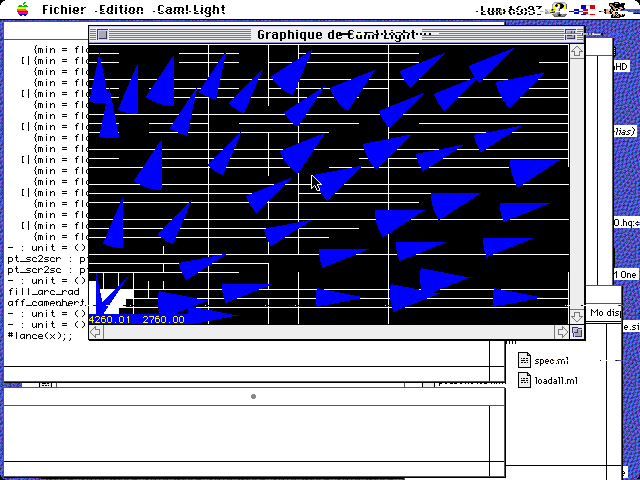 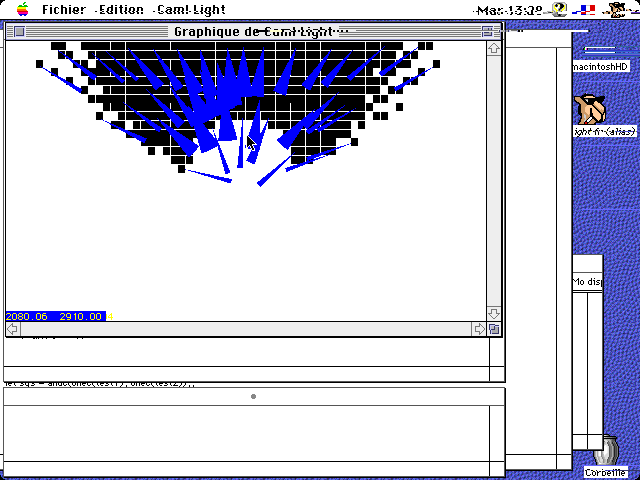 The examples show the hyper-tiles that carry solutions, the pie charts showing the camera angle amplitude.

A dynamic approach and the universal quantifier

During F.Jardillier’s DEA internship, we developed a dynamic approach. This version considered the universally quantified operator which is essential to handle constraints such as “object A appears in the window during the first 3 seconds”. Consideration of mobile objects and the mobile camera. The evaluation-subdivision is thus applied to a new dimension: time. 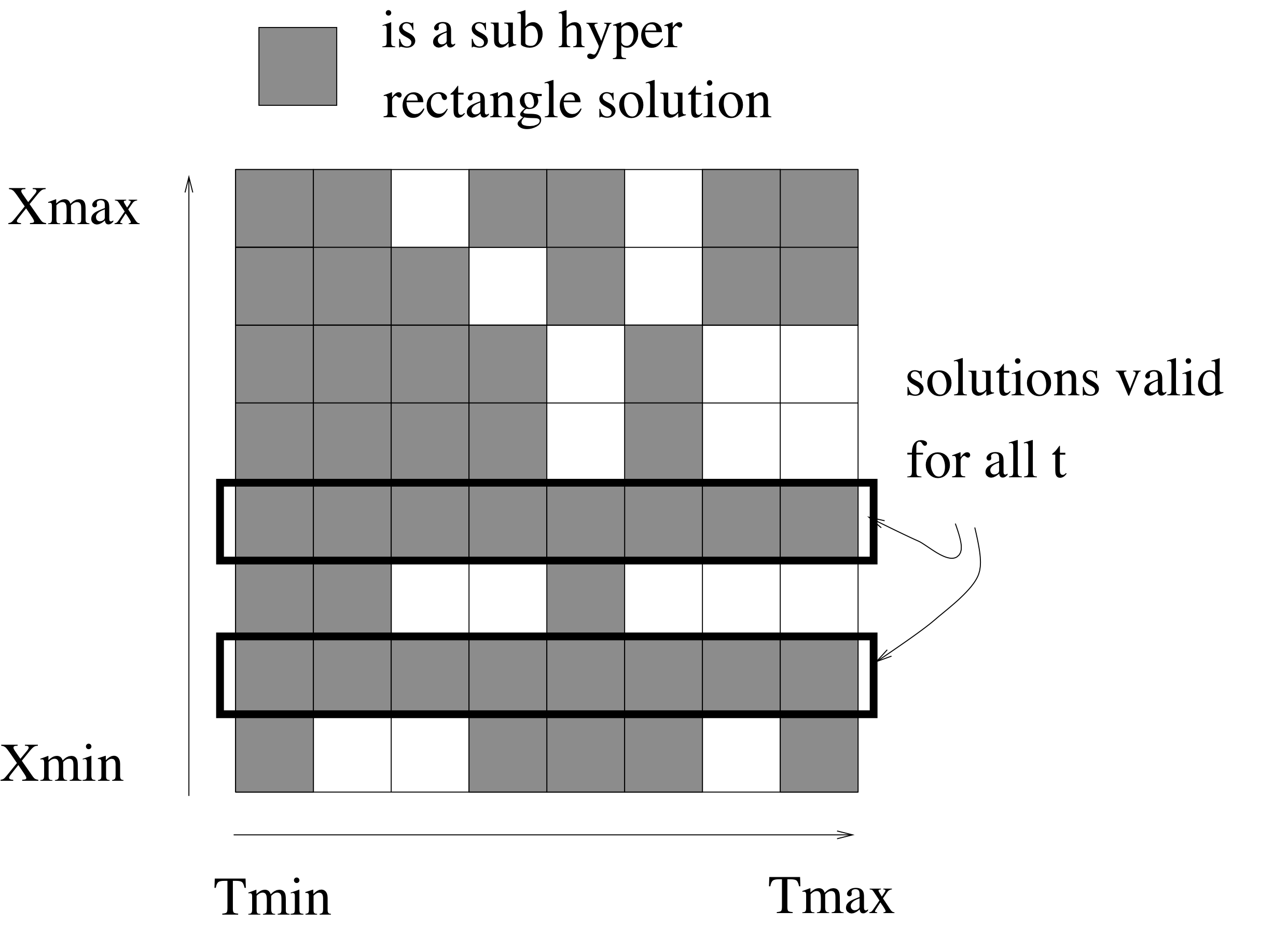 We develop a cinematic constraint specification language. The modeling of camera movements uses splines, which allows a characterization of the search space.